I have this sort of uneasy feeling that I should feel embarrassed about my last few entries. I know I would have felt that way a few years ago. If the innermost cries of a persons soul could collectively step out on to the front porch in tightie-whiteys to get the morning paper and have the wind slam the locked door behind it, you would basically have what I posted lately. What I'm really feeling isn't shame, though. I'm not really sure how to identify this emotion without going all Hunter S. Thompson on you all. If you could combine the rush of upping the ante in a poker game with the nervous bundle of emotions associated with your first day at a new job or a new school, that might come close. The remaining crumbs of my perfection complex have been, officially, swept out the back door, it would seem. It would be rather difficult to attempt to preserve such pretensions after exposing what a whiney little wanker I can be. Ah, well. It was all a house of cards, anyways.

My Dad recently wrote me the following in a letter:

"Your wrestling with the issues like this gives me joy because it shows that you are trying to make decisions for yourself, based on what you know and your testing, and not simply because someone else tells you. Can you see what a positive thing this is? Your main fear for so long was that you felt empty, without a core "Bart", and that you were unable to know what you should do in situations, relying on the reactions of others. And now, leaving behind that old person (and by the way: I think symbolic actions like leaving your old name and renaming yourself Thomas are very important), here you are wrestling with some very important and weighty questions, trying to decide what YOU think of them. I am so happy! You may shake your head and say to yourself, 'Well, I'm glad somebody's happy about this struggle.' And the questions you bring are deep; I have never had anyone point out that (while Job was restored) the story didn't turn out so good for Job's children. Anyway, I am greatly encouraged by your apparent discouragement. Which may sound strange, but this questioning is a great place for you to be. We all have these seasons. And it is in these times that we grow in great ways. You have been growing for quite a while now, whether or not you can see it yet. In fact, most of the time we cannot see the growth in ourselves until long after those around us become aware of it."


Sometimes, all it takes to pull yourself out of a nose-dive is for someone you love to give you a pat on the back. While those comments certainly helped, I don't think they were the panacea for my better mood of late. When it comes right down to it, the solution and the problem both have to do with a few pounds of gray protein sitting behind my eyeballs. I sometimes have this sneaking suspicion that if you could see inside of my pituitary gland, you would see a bunch of stoners dressed up like Jimmy Buffet, using all sorts of complicated scientific equipment in totally inappropriate ways.

Stoner 1, looking over a long printout: "Woah, brah, we're like totally out of dopamine!"

Stoner 2, looks up from using two protractors as eyeshades: "Ah, wow, man. That's like the third time this month."

Stoner 3, who until this point had been throwing darts at a memo board set up by the nerds in the hypothalamus department: "Hey, we got any of those corn dogs left over?"

Stoner 2: "Very useful, Tim. Thanks. Serotonin, you say? Sheet, hook up em bro! And we'd better hurry, cuz MTV's Cribs is on in like ten minutes."

I get told regularly that I need to think less with my head and feel more with my heart. This is an example of metaphor taking on properties which are a tad ridiculous. Your heart is a muscle. It neither thinks nor feels anything. It is a nice symbol of deep sentiment that we love someone with "our whole heart", but it is basically Hallmark nonsense, to me. When you love someone, it comes from your brain. So does faith.

Ask yourself, why do you believe what you believe? If your faith is entirely dependent upon the geographical region of your birth (IE, "I'm a Baptist because I was born in Georgia" or "I am from Hong Kong, therefore I am a Buddhist"), or you have chosen your religion because it is comfortable and does not cause you to change any of your habits, don't you think you might want to reevaluate things a bit? Does what you believe make you and the people around you better, in any way? These are questions that only you can answer. Don't turn to TBN to provide you with a cliff-notes version of God. Faith is a journey you can take with other people, but nobody can walk the path with you the whole way.

Anyways, that's where I'm at. Not perfect, by any means. I spend at least half the time face-planting on the spiritual highway, it seems. I have no intention of apologizing for this. Sure, I would love to have a mind that always serves me well and completes it's tasks as I ordered, but until I get such a device, all I can do is work with the equipment from the factory. The esoteric is never easy.

I told you that I was not going to hide who I am. That is the major point of this website. I can not deny the portion of me that wrote the last few entries, just as I cannot deny the portion of me that wrote this one. They are both me. I'm hoping that I will be able to look back at all of this one day, and laugh at myself for being a little ignorant, a little daft. But one thing I will be able to say is this: I tried. I pushed myself to the edge of human experience and didn't flinch. Can you say that? Do you even want to?

© Copyright 2008 by Thomas Bartlett Whitaker.
All rights reserved.
Posted by Tracey at 2:13 AM No comments: 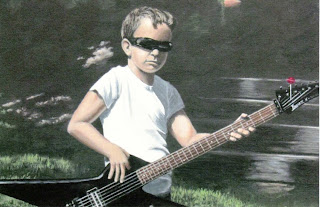 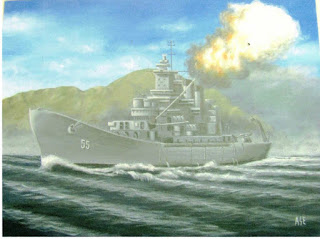 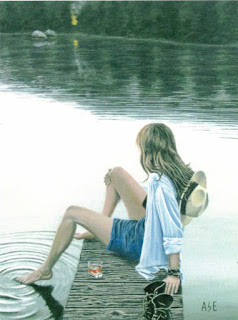 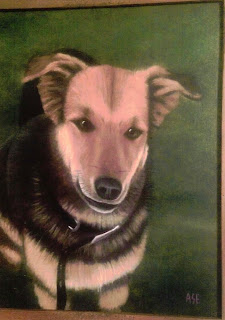 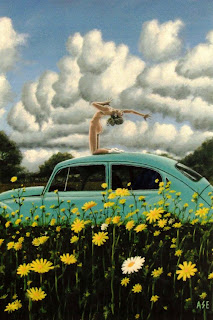 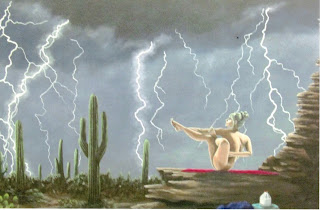 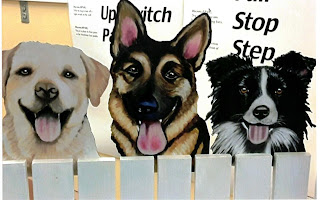 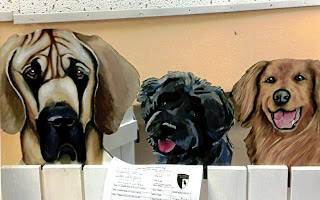 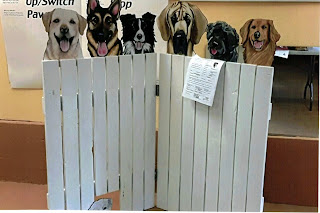 This mural is located in G-unit at Coyote Ridge Corrections Center in Connel, Wa. It is 93 feet long from floor to ceiling and when completed will be 605 square feet of painted surface. The mural is in the veterans side of the unit and the design is intended to showcase the efforts of American service people from the first engagements our country was confronted with to our current involvement in the Middle East. The mural is not quite half finished and is projected to be completed some time in 2020. 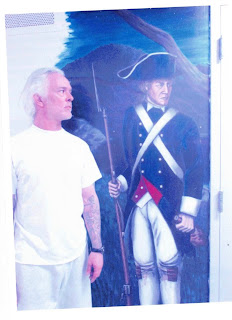 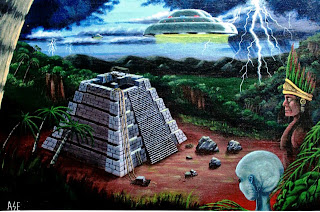 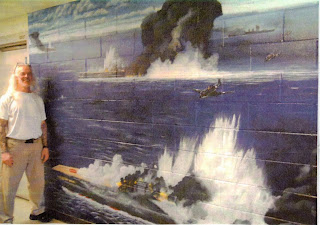 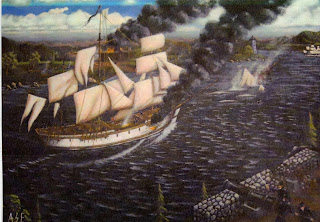 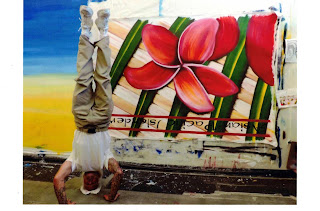 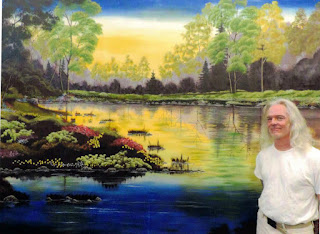 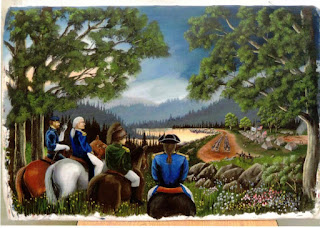 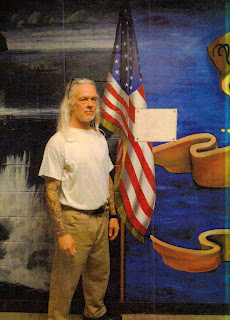 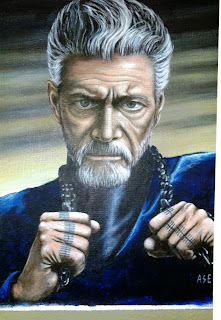 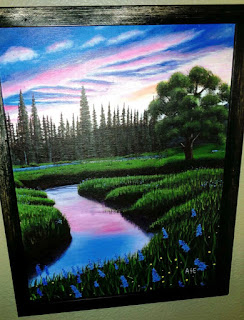 My name is Anthony Scott Engles, born in Honolulu, Hawaii in 1965.  After a brief stint in the Navy, I pretty much roamed around the country, waiting tables and bartending.  I settled in Spokane in 1994, then got pretty heavy into survivalism and related activities.  I got in a shoot out with Stevens County Deputies in 2003 and wounded one of them.  I’m serving a 30-year sentence in Washington State, where I have done the majority of my writing.  I have one short story published and several unpublished short stories and poems.
Posted by A Friend at 2:07 PM No comments: