The following, a recap of a celebration a woman's prison in Virginia and the repercussions that followed,  is an excerpt from a personal communication shared with the permission of the writer.

Twelve people decided to make costumes and dress up as the justice league last night for a birthday party. Needless to say, the entire wing is paying for it now. No phones, kiosk, coffee pot, microwave or day room since yesterday. But this facility swears they don't do mass punishment. Eyeroll. So, again, we are stuck in our rooms. At least I have a good roommate. And those costumes last night were legit. They looked official. I made one of them. It was a superman costume. The girl got second place. First place was a girl called Juice dressed as wonder woman. In a leotard. All 250 pounds of her. The police came in with mace while she was dancing (aka butt bouncing and stomach clapping) He blew the whistle and said, "I need the entire justice league to get properly dressed." It was hilarious. But they wouldn't get properly dressed. Boobs were out, butts were out.... and then more police came and tried to take our microwave. About ten girls stood guard so they couldn't get it. Then another girl who shall remain nameless in this message unplugged it, picked it up, ran to her room with it, locked her door and covered the window. Everyone was hooting and hollering and laughing. Even the cops were laughing. I can't imagine how it looked when the Lieutenant came in today (on his day off) to review the camera and further our punishment. Even if he laughed, he is acting like a giant ass. He is pissed. This place is stupid. I am annoyed that they're punishing all of us instead of just doing what they're supposed to and writing charges. A non-mass punishment place constantly mass punishing us.......They also claim they aren't racist, but they are. They don't pick favorites - but they do. The officers don't fraternize, but they have lawsuits for inappropriate behavior with offenders. The whole entire place is a joke. 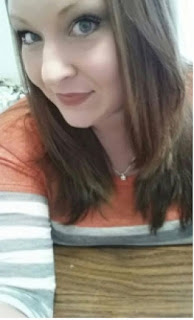 My name is Kyla Ziegenhagen and I have been incarcerated since 2014. I'm currently taking college courses through PVCC to earn my associate degree, paralegal correspondence courses through Blackstone University, and I work full time as a muralist. When I'm not painting murals, I spend a lot of time drawing, writing, and reading. My latest release date is in 2027 and when I leave this place, I'd like to get a job as a paralegal and do volunteer work in a women's prison. I want to make a difference in at least one person’s life.